“The Ecumenical Choir of the Capital Region”

No scholarship was awarded for the 2022 season because of COVID
restrictions during the school year.
However, we plan to re-instate the vocal music scholarship for the 2023
season!
Keep posted for further information, including updated application
sheets, available in September 2022.

The Festival Celebration Choir will hold a competition for current graduating High School Seniors in the Greater Capital District. A cash prize of $700.00 and an opportunity to perform at our May concert will be awarded to the winning applicant.  Applicants should be attending college in the Fall and continue their study of music, although not necessarily planning a major or career in music.  The cash prize is intended to facilitate the continued study of music.Based on an applicant’s written application, academic record, and references, up to five finalists will be chosen to audition.  Each finalist will prepare two pieces, one piece composed prior to the 20th century and one piece composed in or after the 20th century. An applicant might consider checking the NYSMA catalog. Audition selections are to be performed with their own accompanist – taped accompaniments are not permitted.  The scholarship winner will be asked to perform at our May 2020 concert, Sunday, May 17.

All written applications must be postmarked by Monday, February 3, 2020. The auditions for finalists will be held on Sunday afternoon, March 29. Times to be designated. In the event of inclement weather, an alternate date will be provided.
Location:

You must provide an accompanist for the audition and for the May concert performance. Copies of your musical selections are required at the audition.
For more information, contact:

Soprano, Emily Bailey, a graduate of The King’s School, Corinth, NY, has been awarded a 2020 Neil Hook Vocal Music Scholarship. While at King’s School, she excelled in all aspects of academics, musicology and dramatic presentation, under the direction of Kellie Girling. Coming from a musical family, Emily has enjoyed singing since she was quite young, but has studied serious vocal performance for several years, with Miriam Enman, director of the SUNY Adirondack Chorale. Emily has many credits to her name. She was selected to sing with the Hudson River Chorale and perform this past December with the SUNY Adirondack Chorale and their Voice Studio Recital. She also performed with the Opera Company of Middlebury in “Tosca” and with The King’s School in “Scrooge”. Additionally, Emily has served as a church and youth worship leader on many occasions.

Emily plans to study music performance and technical theater at SUNY Potsdam, with the hope of a career in music and theater production.

Soprano, Haley Surprenant, a graduate of Averill Park High School, has been awarded a 2020 Neil Hook Vocal Music Scholarship. While at Averill Park, she was an ambitious and talented student and earned All-State-level prominence as a violinist. Haley has been an active vocalist for eight years, studying with Sarah Christy and privately, at the vocal studio of Mimi O’Neil, of Albany, NY. Some achievements include scores of 100 at the All State level in both the 10th and 11th grades. These accomplishments allowed her to attend All-State, All Eastern and the All-Nationals Honors Ensembles. Haley also competed in the Schmidt Vocal Arts Institute. She was awarded the “Director’s Award” for Chorus. This award is given to a student that demonstrates outstanding contributions and achievements.Haley hopes to pursue a career in music education and voice performance. She will be attending The Crane School of Music to pursue Music Education this Fall

Soprano, Nadia Ashman, has been awarded the Neil Hook Vocal Music Scholarship. She is a senior at Voorheesville High School and has been an active vocalist for nine years. Highlights include performing in Saratoga Opera’s: “The Witches of Venice”, singing in the “Melodies of Christmas Chorale” and achieving a score of 100 on her level 6 NYSSMA solo this past spring. This allowed her to be accepted into the Allstate chorus. She currently sings with the Capital District Youth Chorale, under the direction of Diane Warner and the select chorus at Voorheesville High School, under the direction of Mary Abba. She has competed in many local competitions, earning first place in the high school division of the 2017 Rachmaninoff Competition and third place in the 2016 ENY/NATS Art Song Festival. This year, she placed second place in the adult division of the Rachmaninoff Competition. Nadia studies voice with Fran Wittmann and is interested in pursuing a career in classical singing and education. She has been accepted into the Music education program at the college of St. Rose, Albany, NY.

Danielle Ferris, who is a senior at Shaker high school, was chosen as the third recipient of the Neil Hook Music Scholarship. She has always loved singing from a very young age, and she began taking vocal lessons in 6th grade. Since then, she has participated in the NYSSMA Solo Festival every year. Her performance of “The Black Swan” last year earned her a spot in the All-State Mixed Chorus. Throughout her four years in high school, where she studied with Karen Amedio, Amy Kimbler and Tyler Thomas, she has been a member of Chorus, Orchestra, Select Chorus, Women’s Chorus, Women’s Barbershop Chorus, Jazz Ensemble, and the Theatre Department. An excellent student, Danielle is also very involved in volunteer work, specifically through The Church at Newtown Road. There she is the worship leader of the youth team. This summer Danielle will be going on a “missions trip” to England, as well as returning to the local sites she served last summer. In the fall, Danielle will begin her studies in Music Education at The Greatbatch School of Music at Houghton College, in hopes of one day becoming a music teacher. 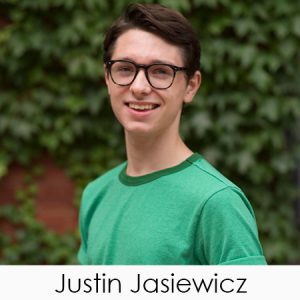 Justin Jasiewicz was chosen as the second Neil Hook Music Scholarship recipient. He maintained an excellent academic record at Loudonville Christian School. He participated in several vocal competitions, art song festivals, and over 20 theatrical productions in the capital region. He had leading roles in several of these productions and was cast as the leading role in Pippin at the Proctors Theater School of the Performing Arts. He has studied voice with Corine Salon, vocal coaching with Michael Clement, dance with Freddy Ramirez and acting with Lora Lee Icobelli. Justin plans to continue his education at the American Music and Dramatic Academy, in New York City. 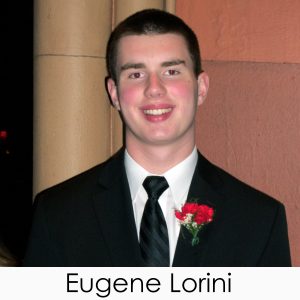 Eugene Lorini was chosen as the first Neil Hook Music Scholarship recipient.  He began studying mallet instruments and snare drum in fourth grade, added piano in fifth grade, and by middle school had added all the other percussion instruments. As a Senior at Albany High School, he was a member of the Wind Ensemble, Select Choir, Jazz Ensemble, Men’s Choir, and the Pit Orchestra for the Theater Ensemble. He played in the Empire State Wind Orchestra and Youth Percussion Ensemble, and the College of Saint Rose Symphonic Band. In addition, Eugene gives piano lessons at the Albany Boy’s and Girl’s Club as part of the Rising Stars Program. He will attend the College of Saint Rose in the fall as a full-time music education major. Eugene’s career goal is to become a band teacher in public schools in the Capital Region. He lives in Albany with his parents and sister.